After dinner talks and motivational and adventure talks for Businesses, Colleges and Schools. 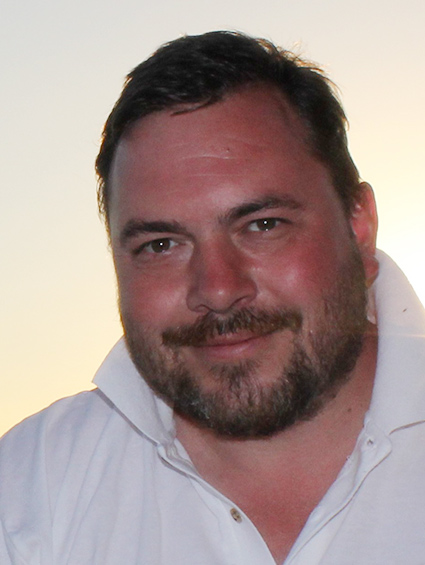 Leven Brown is an amusing and accomplished after dinner speaker and the accounts of his adventures of Ocean Rowing are an unusual but interesting way to entertain your guests.

Amongst the hardship of rowing shifts of two hours on and two hours off there are some lighter moments as well.  Leven recounts many tales of the ‘Trade Winds’, ‘North Atlantic’ and Indian Ocean rows.

Nine Ocean Rowing Guinness World Records have been achieved by Leven and his team members on these expeditions, and at the end of the talk he will invite your guests to ask the questions which makes for a successful culmination of an after dinner talk.

Leven gained his first World Record for being the first solo and unsupported oarsman to have rowed across the Atlantic Ocean from Cadiz in mainland Spain to Trinidad & Tobago. During the row he conquered the notorious Gulf of Cadiz with its contra currents and quirky winds.  The experience has stood Leven in great stead to pass on his knowledge of the necessity of self-motivation – required in the many moments of extreme danger, and dare we say it – terror!

More record breaking rows followed, the ‘Trade Winds’ (Gran Canaria to Barbados) in 2007-08 with a team of fourteen men, and in 2010 the ‘North Atlantic Challenge’ (New York to Isles of Scilly) saw a four man crew smash the coveted record by 11 days – previously held for 114 years by the heroic Norwegian team of Harbo and Samelsen.

How do you motivate yourself and others?  Leven will give you his views and experiences on this.

Leven has delivered many talks on Adventure.  The discovery of what can be achieved is exciting and without adventure there would be no discovery.

As a boy of 15, Leven went to the John Ridgway School of Adventure.  That week was the start of the determination to do something a bit different with his life – but also to encourage other people to discover themselves and take on challenges to change their approach to life and work, and to be confident in whatever they chose to do.

The huge waves and strong winds encountered on the ocean, the amazing wildlife – sharks, whales and flying fish, and the huge starlit skies at night.  The awesome sight of the largest ocean liner in the world approaching… Leven can tell you all about it.