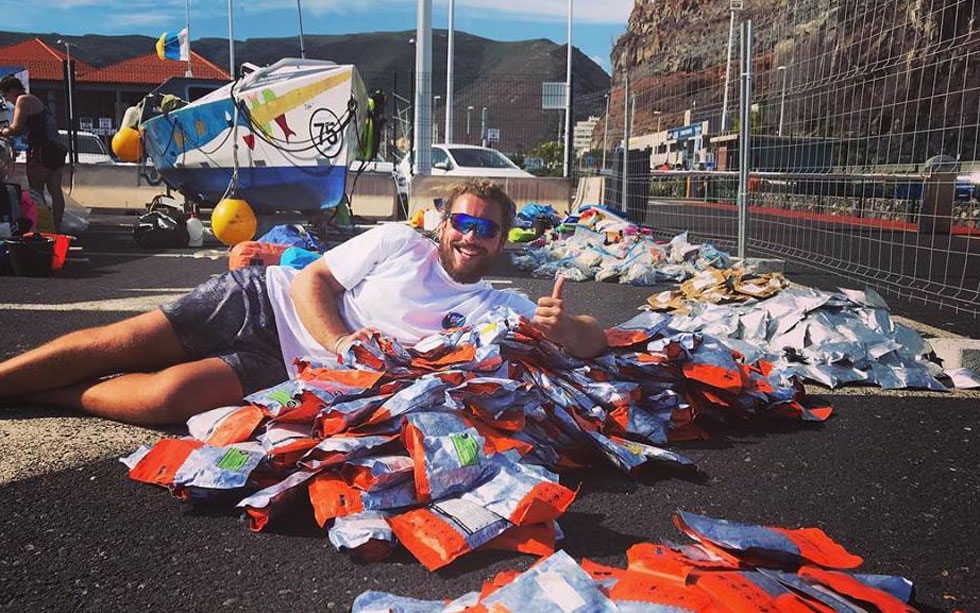 New Zealander Isaac Giesen is now extremely well-qualified to row in this year’s  The Talisker Whisky Atlantic Challenge.  Due to requiring more qualifying ocean rowing hours Isaac was not allowed to race in the 2017/2018 Atlantic Challenge which was a big disappointment. A chance phone call changed all that as he was invited to join a Faroese Ocean Rowing team ‘Row for Water’  skippered by the experienced Jacob Jacobsen   Isaac immediately agreed and became a member of the crew on their Trans-Atlantic expedition from Portimao, Portugal to Cuba – a distance of more than over 4000 nautical miles.  This was indeed a testing row in several storms, wild seas and many setbacks such as equipment failure, two of the six crew dropping out at Tenerife and to crown it all.. a stomach bug came on board!  With this experience, Isaac has no illusions about ocean rowing, he is well equipped mentally and physically to face whatever is thrown at him in this year’s race and hopes to be the first ‘KIWI’ solo male to complete the row across the Atlantic.  To read about Isaac’s motivation and the charities he’s raising money for, head to THEBLUEROWER.COM and the charity links  The Black Dog Institute Bravehearts  Victim Support